The YMI Cultural Center’s Asheville Goombay Festival is this week, September 9-11. Goombay has been in existence for over 35 years and is the largest African American event held in Asheville.

As one of my freelance projects, I have been providing some support to the festival. This included coordinating the creation of a series of video interviews (filmed and edited by Andre Daugherty of Pro 16 Productions) which are embedded throughout this post. 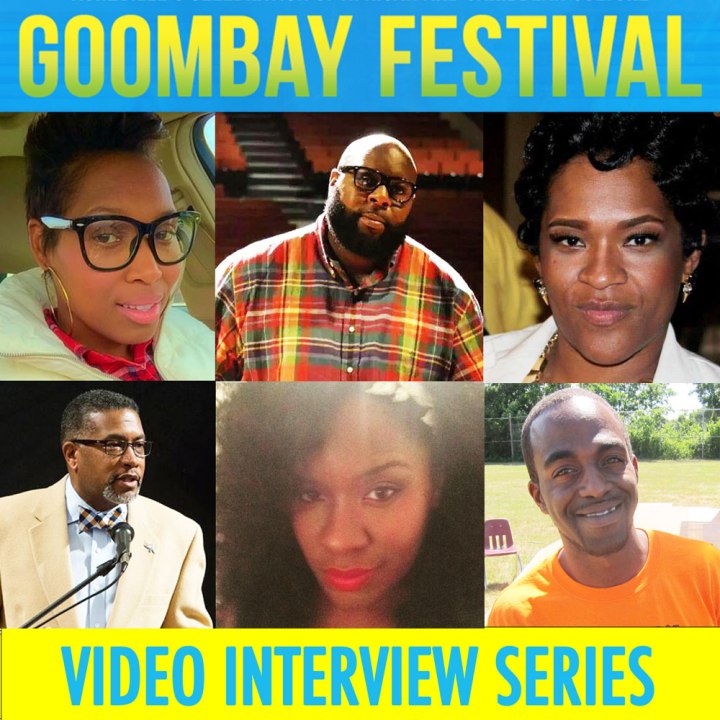 The first Asheville Goombay Festival was held in 1982. It was created as a fundraiser to support the YMI Cultural Center (YMICC), which at that time was in danger of being shut down. The idea for this celebration of African and Caribbean culture came from Lady Gloria Howard Free, who had experienced a Goombay event in Florida several years before. Lady Gloria proposed her idea to the “Friends of the YMICC,” which she was a member of, and they made the Goombay Festival a reality. The members of that auspicious group were Georgia Allen, Jeanne Bowman, Sophia Dixon, Helen Edington, Barbara Hunter, Barbara Jones, Jacqueline King, Portia Leverette, Madge Murray, Julia Ray, Jacqueline Scott, Willie Vincent, Inez Whitesides, and Wanda Henry Coleman.

The Asheville Goombay Festival started small and grew each year, becoming a much beloved annual gathering for local African Americans and others. Goombay offers food, music and vendors that cater to tastes often neglected by Asheville’s majority culture. I have been lucky to attend Goombay many times over the years, and it always felt nourishing to experience such a boldly black community celebration.

In this first video, UNC Asheville professor (and Asheville native) Dr. Darin Waters discusses a bit of the history of the YMI and his thoughts on Goombay’s role in the exploration of African American culture in WNC.

Until three years ago, the Asheville Goombay Festival was held on the “The Block,” the Eagle and Market Streets area south of Pack Square which was the central business district for the African American community from the late 19th through the early 20th centuries. Click here for some historical background about The Block.

The festival’s move to Pack Square Park three years ago was necessitated by the redevelopment construction currently underway. The loss of being able to gather for Goombay on The Block was mourned by many, while others embraced the opportunity for the African American community to be more visible in the center of town.

In this video, Date My City‘s Sheneika Smith, also an Asheville native, discusses why she appreciates the festival, and her thoughts on the move from The Block.

It can be noted that this year there are Goombay events connecting the festival back to The Block. On Thursday, September 8, there is a block party hosted by Just Folks in Triangle Park from 5 – 8 pm. That same night, from 7 – 9 pm, will be the opening of the Goombay Art Show in the YMI Gallery. On Saturday morning, September 10 at 10 am, there will be an Asheville African American history talk in Triangle Park, immediately followed by the Goombay parade. On Saturday and Sunday at 1:30 pm there will be “Summit of Power” panel discussions and talks in the YMI.

New at Goombay this year are the Set if Off! Step Show Competition (Friday evening) and the Hair-I-Tage: A Journey Through Hair Competition (Saturday afternoon). These two events and the parade are being coordinated by dancer/choreographer Jennifer Bronson, who will also be performing with her dance groups Project Negus and Bronze & Ebony. Find out why she got involved in Goombay after moving here from Memphis and her vision for these events in her video.

Music is a central aspect of the festival. In this video, Asheville native Joe Greene of Asheville411.com talks about his involvement in Goombay and some of the music you can look forward to this year.

Leslie Council, another Asheville native, is the founder of My Sistah Taught Me That. She coordinates the gospel music for Goombay, in addition to performing with her band. In her video interview, she gives an overview of what you can expect at the festival.

Last but not least, Damion “Dj Supaman” Smith of Disco Babies Party Solutions has been attending Goombay since the early 1980s. He now coordinates the Children’s Area and the Free Throw/3-Point Competition in addition to DJing the Friday night dance party. In this video, he talks about how he got the name Supaman and his favorite parts of Goombay.

In addition to the folks above, others who have been involved with the planning and preparation for the festival include DeWayne Barton of Hood Huggers International, who curated the art show; Autumn Greenfield, vendor coordinator; Matthieu Rodriguez, online marketing coordinator and event staff; TY MO, festival photographer; and YMI Board members including board chair Stephanie Swepson-Twitty.

Festival producer Jessica Tomasin of Jet Up! Productions deserves a huge shout out for her gracious and inclusive leadership. Since taking over the production of Goombay three years ago, she has solicited input and been responsive to the community, giving her all to make the festival a success that also feels good to the people who hold it dear.

As I listen to the voices in these videos and look ahead to the festival weekend, I see a lot of positivity. People working together to create a joyful gathering. An event that embraces and builds on the cultural roots of the African American community in Asheville. An opportunity to learn and evolve as a city.

You can find more information about Goombay at ashevillegoombayfestival.com.