My October story for Buncombe County for the Urban News highlighted the WRES Sweet 16 Banquet Honoring Elder Hayes and Nuestro Centro‘s RAICES Summer Camp. Thanks interpretation services provided by the Cenzontle Language Justice cooperative, I had the honor of interviewing Spanish-speaking staff and parents about the RAICES camp. Below is the Urban News story, followed by additional quotes from the group. 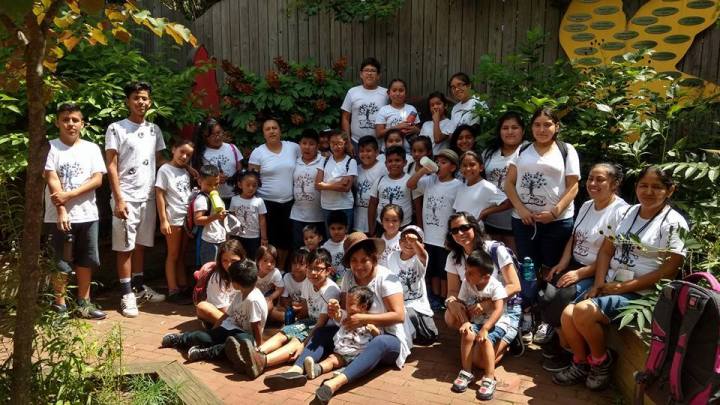 “The camp was almost 100% in Spanish,” says co-coordinator Geny Hernández. “In RAICES we have the goal that the kids connect with their homeland, with their mother tongue.” As co-coordinator Mirian Porras Rosas explained, “The mission of Nuestro Centro is culture, and culture has a wide spectrum, especially Latin American culture, Mexican culture…[In camp] we were exploring what it means to be Mexican, second generation, in the United States.” For Rosas, “I think to move forward to the future we need to go back to the past. What happened before, what happened during the period of time when our people arrived to our land and now that we’ve left our homeland, what has happened as our culture, music, food has evolved, our language…how do we explore all of these different branches of culture?” 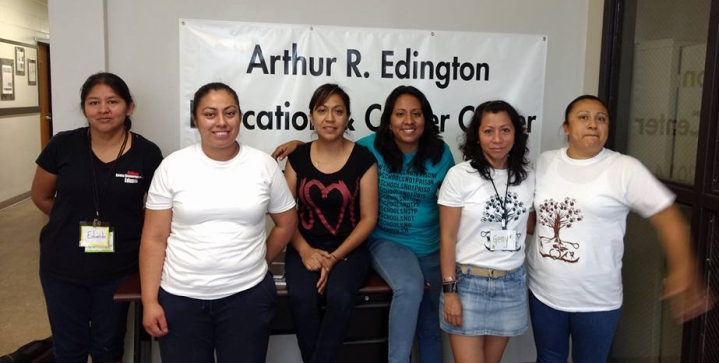 “This camp had intention on so many different levels,” shared Hernández. “We had the intention to share with our kids, to give them opportunities, a learning space, a fun space, an entertaining space for them to share. Also, the intention was to feel like we can have control over our child care. The moms were the main character here, the child care for their kids, even the educational part. At the time of planning the camp we realized the hidden treasures and abilities within our communities and we invited those people to come and participate in the camp.….We had training about educational methods, we had training about economic justice….It had intention and we want that to continue being that way. If it has an intention, it is going to create transformation.”

The camp was hosted at the Arthur R. Edington Education & Career Center, where center coordinator Shuvonda Harper and others graciously welcomed the camp. “I really felt the warmth of home and the sincere transparency from everyone at the Edington Center, says Rosas. “I want them to know that because I thank them a lot.”

Below are more quotes that did not fit on the Buncombe County page. And while I linked to Nuestro Centro’s website above, and I’ll link again here in case you want to click on over to their Donate button.

“We began over a year ago talking about it because we saw the need within our community during the summer for childcare. Because parents have to work, and it’s hard to afford to pay someone to take care of your children, sometimes the kids are just home alone and the older siblings take care of the younger ones, or sometimes they do pay people and it negatively effects their household income.

We also saw that there were some situations that were emergencies. Like at the beginning of the year, we saw the death of two children on Fairview Road – they were with a childcare provider. So we started to ask ourselves, What would the solution be to be able to support the community during the summer when the kids are home? We started to plan, we started to think of ways of how we were going to find the resources, because we need resources in order to do this, people power and monetary power.

We held a meeting with the mothers from the RAICES program and the mothers jumped on board with us. We never stopped saying why, why were doing this, what is the motive behind it. We asked how this would be a way of supporting the community economy. We built it, always with a sense of why we’re doing this. Something more than just being with children in the summer.” – Geny Hernández

“One of the problems that a working class community faces, in addition to the high cost of housing, is finding a safe place for your children to be. We’re always thinking about how to provide the basic things for our children to be successful in school because if you can’t cover the basic needs of your child – housing, food, and child care – your child isn’t going to be successful in school. It’s not because you’re not supporting them, it’s because you’re at work, and the cost of daycare is ridiculous. You’d have to invest a large part of your monthly income to be able to pay that, even to pay a relative or friend is expensive, right?

In some cases, we know that there are community members that are facing even more problems. That’s what we saw with the tragedy that happened with those kids who died when they were in the care of this older woman. It wasn’t her fault, it was the circumstances and the needs that we weren’t able to cover as a society. I think this is something that is very important to highlight, this is something that our community raised up because we’re always listening to what they’re saying because they are people that are owners of their truth, who know what they need. These are the people who know how to create a strategy in order to overcome these struggles. We trusted their knowledge – they know, they know how to do things.” – Mirian Porras Rosas

“As a mother, I am very happy [about the Summer Camp] because I’ve passed through hard times with my children and this was a really good opportunity to develop myself more as a mother. I have a 13 year-old who was a volunteer and I was able to see a lot of the abilities and skills that my son has…And personally I was able to develop more of my skills that had been dormant for awhile. It was a really beautiful experience. It was a good opportunity for our kids and they learned a lot and had a lot of quality time.” – Dalia Esmeralda Machorro

“I was very interested [in the Summer Camp] because what I get paid is not enough to cover a camp, I looked at different places but I did not have enough to cover it. It was a really great experience, we met a lot of kids…It was amazing, it was awesome.” – Pilar Tenorio

“One of the things I felt really comfortable with is that my kids really liked it. My kids woke up in the morning saying, we really want to go, take us there. When I told them it was just two weeks, the two weeks went by so fast… My husband also participated and got to spend time with the kids, all of the kids with their differences, they also had the same vision, which was to be happy. Everybody was happy. When I was teaching an activity, you could see how they responded to it…. The camp was teaching them, was educating them…. And they were being taught with love. Kids respond to love, they don’t get upset because they happy…All of the kids with all of their differences all had one goal – to be fine and to be happy. If they are going to have this again, I would love to participate again and even for a longer period of time.” – Claudia Esqidio Balbuena

“For me the good part was to see it was a camp for Hispanic children, that they were able to have that dream. Because a lot of kids really want to go to a summer camp but because they don’t have the means to, they can’t. Hopefully next year we can have more kids that can come and they can reach that dream and go to a camp.” – Dalia Esmeralda Machorro

“I am really proud of the community because the mothers who weren’t able to take their kids, they would ask other moms to give rides. All of the moms got together and some of them would take them in in the morning, and some of them would pick them up. So we were supporting each other and it was a really beautiful experience to be able to trust other moms with your kids, and to get to know more people in the community.” – Patty Guerra (new co-coordinator of Nuestro Centro)

“For me that was really beautiful, and to be able to support mothers that weren’t able to be there or couldn’t take their kids, so that others could do it, that was really beautiful. I saw that the kids also saw something else. It wasn’t a routine, like in school, they weren’t frustrated, they felt good being able to discover and experience and that motivated us to do better things.” – Rosa Villa

“There were families that weren’t able to come to the camp because of transportation, so if someone out there likes what we’re doing, and want to help – we really want to buy two vans. We don’t want any children to miss out, especially vulnerable families, they really deserve these opportunities, they are going through these hard times, times of uncertainty, I would really like for them to have this opportunity.  That would be our objective for next year, to have transportation.” – Mirian Porras Rosas

I have so much love for Nuestro Centro.

Greetings reader: You can subscribe to have new posts delivered via email for free (sign up in sidebar or below if you are on a device). If you find this site valuable, you can become a patron on Patreon or you can make a one-time or monthly donation via PayPal or a credit card. Thanks for helping sustain this resource on community action towards collective liberation.