Today’s Mountain Xpress has a story I wrote…

Mobilization through art: Local spoken-word artist creates a platform for dialogue about race

“It is a one-woman spoken-word show, birthed out of frustration and realizing that a lot of things that I am involved in are very surface-level,” says Nicole Townsend. She’s talking about her upcoming production, Existing While Black, created because she was “wanting a platform to where we can go deeper and talk about things that are uncomfortable, that hurt, and that make people angry.” Townsend brings her one-woman show to The BLOCK off Biltmore on Sunday, April 2.

A community organizer and filmmaker, in addition to being a spoken-word artist, Townsend’s awareness of social justice issues started when she was young. “When I was around the age of 11, conversations about AIDS and HIV started happening around me,” she remembers. “I made my mind up that this hatred toward people who have HIV and AIDS and the stigma were wrong. And I decided, ‘When I grow up, I want to somehow do something to change the world.’”

Townsend’s work began when she moved to Asheville from rural Missouri. “In 2010, there had been a string of hate crimes against folks in the LGBTQ community,” she says. “It made me think, ‘This is wrong. We are Asheville and we are progressive. Why is this even happening?’”

She began performing poetry and spoken-word pieces for fundraisers to benefit the LGBTQ community. “That led me to uncovering and digging to see that things are not as pretty as they seem,” Townsend says. “It shifted me toward questioning why people of color aren’t really visible in Asheville.” 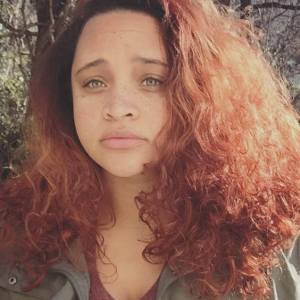 This questioning led to her to produce and direct a documentary titled The Color ME Brown Project: Conversations With Unmuted Voices. For the film, Townsend interviewed people of color in Asheville about their experiences living in the city. When it was completed, she held screenings and multiracial conversations about the film. “As I looked back on it, I don’t think people were ready for those conversations,” she says. “The last year or two is when I’ve really seen Asheville mobilize and start taking action. In 2012, when the film was done, people were still in this happy Asheville bubble. I don’t think people were ready to have difficult conversations.”
Through The Color ME Brown Project, Townsend learned that “there is some level of hurt and healing that has still yet to be done in this area, at least when it comes to property and spaces and urban renewal.” She adds, “I think people are fighting against it, but I don’t think there is that real healing that is going on. I don’t know if people aren’t ready for that or if there is just not that space to do so.”

The purpose of the film was to start a conversation, Townsend explains. And “the purpose of Existing While Black is mobilization. We’ve had all this time to have these conversations, and now it’s really critical that we do something. I think that, in general, people are really tired of having conversations — there are people who have been having conversations for 30, 40, even 50 years, and they are like, ‘We’ve been pacifying this and coming together and talking. What are we really going to do?’ Now we’re seeing, due to the political climate, that it’s critical that we finally start doing work — real work. It’s not going to be pretty, there’s going to be conflict, there are going to be moments when we dislike each other, but we have to figure out how we can actually do work.”

She also believes that “there is a healing element when messages come through art.”

Sheneika Smith, a local entrepreneur and the founder of Date My City, will be the host for Existing While Black. “When I think of Asheville, I definitely think of Sheneika Smith,” Townsend says. “This is her home, and she does an amazing job of mobilizing people and getting people together. … I think she herself can be considered a movement, so intertwined and so interconnected with so many communities. … It’s exciting to share space with her.”

As for her spoken-word performance, “People should come if they want to do work but don’t know where they fit in,” Townsend says. “I envision this being a place for people to come and lay it all down, whatever that looks like. And also connect to other people in their community who are ready to do work.”

WHAT: Existing While Black
WHERE: The BLOCK off Biltmore, 39 S. Market St.
WHEN: Sunday, April 2, 6 p.m. By donation.

Ami Worthen is a writer, collaborator, and neighbor following the call of collective liberation. View all posts by Ami W

You can help sustain this resource via Patreon or by making a donation with PayPal or a credit card.

You can help sustain this resource via Patreon or by making a donation with PayPal or a credit card.